SODA 2.0 came out of our interest at Socrata to create a simple API that could be used across any open data service. The purpose is to allow applications and third parties to only need to become familiar with a single API. We wanted to balance between an API that was rich enough to be useful for anything from mobile applications to R analysis tools, while being able to protect our internal services from getting “melted” by queries that ran in O(n^2) time.

What we came up with was SODA 2.0. This product provides a clean interface to update data, as well as a clean SODA Query Language (SoQL) for querying data as well. You can learn more about these protocols on Socrata’s dev site (http://dev.socrata.com/).

That said, SODA 2.0 and SoQL only solved part of the problem. The larger technical challenges were around building a backend that can actually service these requests. When we looked into solving these challenges, we noticed a few things:

We addressed these issues by creating an architecture that does a couple of important things: 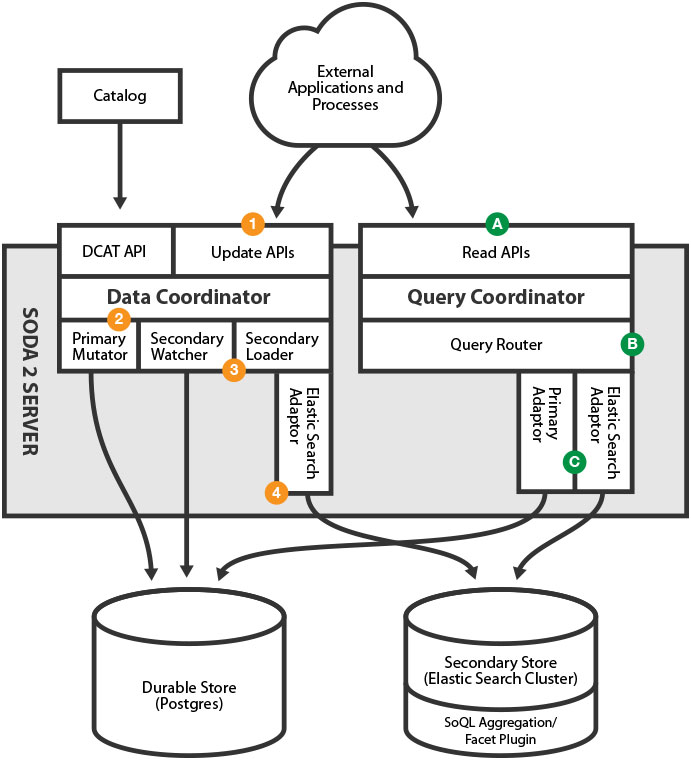 In this flow, step A uses the soql-reference project (https://github.com/socrata/soql-reference) for lexing, parsing, and analyzing the SoQL that is passed in. You can also look in that repository for a file describing a more precise language definition of SoQL. Step C is then mainly implemented in the adaptors. The most interesting of these right now is the Elastic Search adaptor in https://github.com/socrata/soql-es-adapter.

In addition, though, there is a more interesting approach we’ve talked about where we can add functionality as additional secondary stores. For example, one interesting operation we would like to see as part of an open data substrate is the ability to keep datasets synchronized across different stores. Whatever protocol we decide on for this synchronization could be implemented by a secondary store that can be reliably notified of changes and then create a purpose-built data structures to be able to provide the synchronization APIs.

In the Open Data Substrate, there are two main types of systems: Catalogs and Data Stores. The SODA Server is a Data Store. Its purpose is to make open data more useful than simply a downloadable CSV, while providing standard APIs to allow other processes to access it. 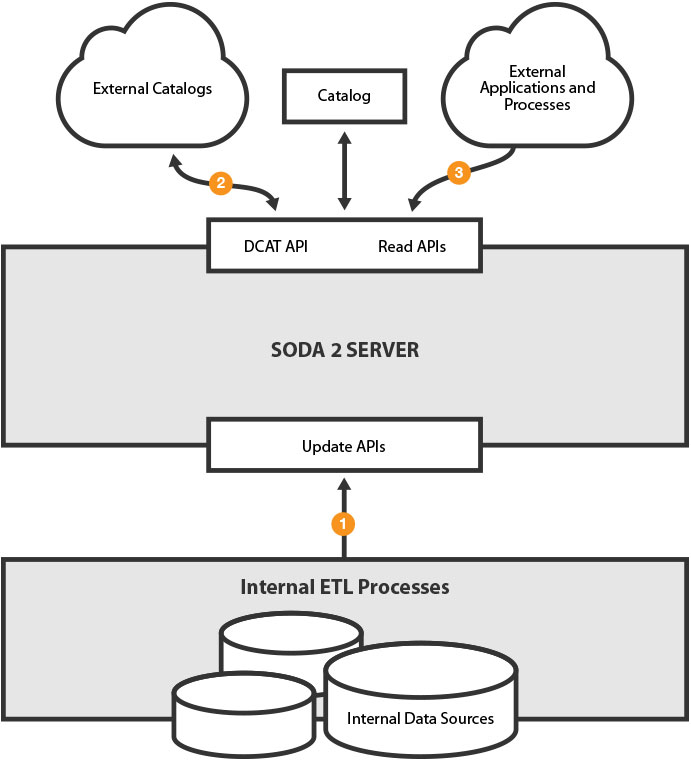